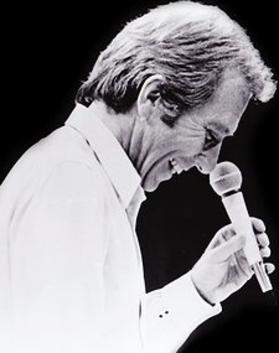 Andy Williams personally designed and helped to create the Moon River Theatre. He visited Branson and later planned to return to build a $12 million state of the art theatre he eventually named the Andy Williams Moon River Theatre. Moon River opened its doors on May 1, 1992. Andy had become the first non-country performer to open a theatre in Branson. And thanks to his ground breaking decision, other non-country performers and theme shows began to move in to the tiny town that would soon be known as the live music capital of the world.

The Moon River Theatre’s design reflects the beauty and environmental integrity for the surrounding Ozark Mountains. The 48,000 square foot structure is set among 16 acres landscaped with foliage, rock formations, waterfalls and a rippling stream. It won the 1992 Conservation Award for Developed Land Use from the State of Missouri and is the only theatre ever to be featured in Architectural Digest.

For the interior, it was Andy’s idea to create a beautiful auditorium for live performances along with a lobby area that had a museum-like atmosphere so that he could display pieces of art from his personal collection. 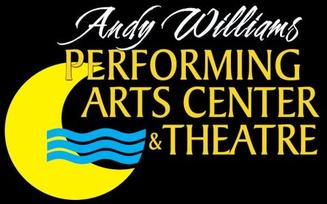 Andy Williams Boulevard was dedicated May 5, 2017